Debbie qualified as a teacher many years ago and has extensive experience teaching across the primary age ranges in schools in Croydon, Enfield and Essex. She worked as an English subject leader and a Specialist Leader in Education carrying out school-to-school support. Debbie’s subject specialism is English, Drama and Growth Mindset.

Debbie has been involved in ITE since 2009; first as a classroom mentor, then from 2014 as a trainer and professional tutor on the School Direct programme.

Debbie’s own business partnership ‘Pop Up Drama’ is an educational company, delivering a range of workshops within schools as well as facilitating ITT, NQT and RQT training sessions. Pop Up Drama has worked with Essex libraries and the country’s first learning resource centre in Colchester.

Debbie serves as a governor in Redbridge and is also a member of the Chartered College of Teaching.

Ralph has worked in primary education for over 43 years. He was a headteacher in Upshire, Waltham Abbey for 4 years and then a headteacher in Honilands Primary School in the London Borough of Enfield for ten years taking it from Requiring Improvement to Good. He retired in 2017 to become an independent professional tutor for FIPC.

He also works for the Inclusion Quality Mark as an assessor. He visits schools across London interviewing staff, governors, parents and children to assess the school’s inclusivity. He believes passionately that all children should enjoy their learning facilitated by highly qualified and dedicated practitioners.

He studied for his MA at the Institute of Education in 1988 and received his NPQH in 1992. 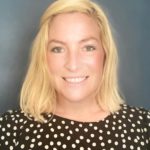 Vicky qualified as a teacher many years ago and has worked across all phases of primary education.  She has been responsible for leading teams and subjects including mathematics and the creative curriculum and has worked as a Senior Leader of Education with expertise in teaching and learning through the arts and in English.

Before joining FIPC as a professional tutor in 2017, Vicky had in-school experience supporting and mentoring trainee, newly qualified and recently qualified teachers. She delivered whole-school CPD training across schools before becoming a trainer on the School Direct programme.

Vicky’s own business partnership ‘Pop Up Drama’ is an educational company, delivering a range of workshops within schools as well as facilitating ITT, NQT and RQT training sessions. Pop Up Drama has worked with Essex libraries and the country’s first learning resource centre in Colchester. 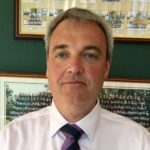 Keith joined us as an independent tutor in 2017 following thirty years spent teaching in primary schools in the North East, London, Hertfordshire and Canada.  He has supported FIPC’s teacher training routes since 2001, early on as a school-based mentor in his own classroom and later as a headteacher, which gave him an opportunity to develop and extend training in his own school in partnership with FIPC. As well as now enjoying the role as a professional tutor, he also supports the Action Research element of teacher training at FIPC.

After his BA degree in English Literature in 1985 and a period working in stockbroking in the City, Keith completed his PGCE in 1989. Following this, he went on to study for a Masters degree in Primary Education early in his classroom career. He also holds the National Professional Qualification for Headship (NPQH) and completed his Doctorate at UCL in 2006  after five years’ part-time study, whilst still serving as a deputy head in London.  His post-graduate research advanced an area of meta-theory relating to the psychology of teaching and its impact on professional practice in the classroom.  A keen writer since childhood, Keith co-authored The Primary Teacher’s Career Handbook in 2017, and has published in several academic journals and the educational press, as well as writing a book about out-of-school learning for Collins Educational. Keith has also worked recently as an online lecturer for the Open University and currently serves as a headteacher professional adviser and as an examiner of the BA Education degree with QTS for the University of Durham. His special interests are in language and learning, literature and the imagination, classroom practitioner research and environmental education. 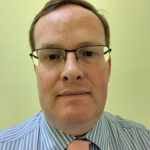 Declan has worked in primary education for 25 years, and now as an independent tutor for FIPC. Prior to this, he was headteacher of a successful and popular Catholic primary school in North London for eight years where he developed his school’s partnership with FIPC, mentoring a number of FIPC trainees. As well as enjoying the role as a professional tutor, he also supports the Action Research element of the teacher training at FIPC.

After his BA degree in History in 1993 and a period working in the Civil Service, Declan completed his PGCE in 1996. Following this, he completed his Masters degree in History at the Open University whilst serving as a deputy headteacher and also holds the National Professional Qualification for Headship (NPQH). In line with his academic background, his special interests include the role of history and the creative curriculum in primary learning along with the use of new technologies.